After watching the movie Rockstar, I spent some time to know more about the cast and crew. It was just matter of time, that my browser history was filled with, Wikipedia entries, YouTube interviews and Facebook pages of the director VKP and the lead actor Siddarth Menon. I felt really bad for not knowing that Siddarth Menon is a famous singer from India. A  very talented musician with a mesmerising voice, who has a huge fan base and girls in India are going ga-ga over him. He reminded me a little bit of Justin Timberlake.  He is a member of a music band called Thaikudam Bridge and I pretty much love their music.

Few minutes of browsing, I ended up sending pms and friend requests to VKP sir, Rajashree Balaram and Siddarth Menon. It was a spontaneous reaction, like a fire and forget event. For my surprise a few minutes later I received a reply from Siddarth Menon. OMG… I was jumping up and down; He started texting me and then to top it all, he called me via FB messenger. OH GOSH … I couldn’t believe it. The first question I asked him was: “Why are you calling me? You are supposed to be busy”.  With a gentle laugh he  replied: “I never disappoint my fans”. Somehow an inner voice was telling that this guy is fake. To verify the authenticity with whom I am talking to, I asked him to sing a song! So he sang! I was spellbound!! End of the day I was thrilled and unable to believe that this happened to me.

Next day my sleep was disrupted by the annoying noise of FB notifications. Are you familiar with the feeling, when you wake up and you just want to smash/destroy your Alarm/Mobile phone? knowing very well it was you yourself, who forgot about the mute function? Flushed with anger I checked my mobile and guess what, it was his messages which woke me up.  This time he gave me his private number and asked me to add him on WhatsApp. How could I reject this nice gesture, right? By the way in the meantime all my anger just melted away. Thank God it was a weekend because on that day we talked a lot. About the band, music and how he ended up accepting the offer. During the entire conversation he was sharing personal information with me. I was a teeny tiny bit leery. After 2 weeks of small talk here & there, he succeed in convincing me that he is real. One day he told me that Thaikudam Bridge is going to Sharjah for a program. On that exact same day I saw a FB update about another program conducted by the same Band in India. From that point onwards the hide and seek game started. I insisted on having a video chat, which he refused due to some citing security issues. The other time I asked him for a selfie. A Selfie, which he has to take with his left hand and the index finger of his right hand should touch the left side of the nose 🙂 Oh well… I presume the poor guy researched online for it. 4 days later he admitted he was fake!

I hate being lied to and can’t understand why people are creating fake accounts. Look at this guy, what did he get out of this? NOTHING! What was he hoping to get out of this conversation?  The disturbing fact is that his fake account is pretty active and number of his friends are increasing day by day. I reported it to the real Siddarth Menon  (who I think) as well as to Facebook (How do I report a fake account?).

Now to the pleasant part. One day, completely out of the blue I received a reply from Rajashree Balaram and yes as you guessed it correctly, I was literally jumping around. She is such a nice person. Extremely  friendly and humble. During our small conversation, I told her about the above mentioned incident and she said to me that she will convey my message to VKP sir and Siddarth Menon. That’s so sweet of her, right?  Anyways I am eagerly waiting for her next work in a way I am waiting for the next season of Game of Thrones.

On this note I wish you all a wonderful day! 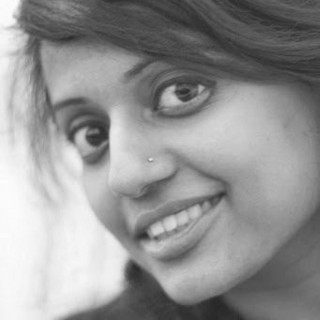